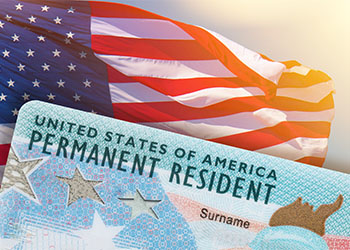 If you are living in the United States as a lawful permanent resident (LPR) with a green card and you receive what is called a Notice to Appear (NTA), you are subject to removal proceedings because you committed one or more criminal offenses or violated other immigration provisions.

The notice is a call to appear before an immigration judge to determine whether you can stay in the U.S. or be removed (deported).

If you do receive an NTA, you need to consult with an experienced immigration attorney immediately. There is a way to avoid deportation under what is called “cancellation of removal,” but you must meet certain criteria and also show that your removal would result in “extreme hardship” to your loved ones.

The Law Office of Layne C. Savage serves the immigrant community in Providence, Rhode Island, and throughout the state, as well as in the Boston, Massachusetts area. Attorney Layne C. Savage is dedicated to helping you exercise your rights and protect your lawful status in the United States.

Even if you have a green card and are residing in the U.S. as a lawful permanent resident, you can be subject to removal for various reasons, including but not limited to:

Applying for Cancellation of Removal

You may be eligible for cancellation of removal if you meet certain requirements, which will allow you to keep your green card and retain your residency. The requirements are that:

The stop-time rule used to compute the seven-year-residency requirement means that once you receive your Notice to Appear, the clock stops computing the seven years. The clock also stops when you commit a crime or security offense listed in the Immigration and Nationality Act (INA).

Proving Your Case for Cancellation of Removal

The Department of Justice (DOJ) words it in this way on its instructions for the Application for Cancellation of Removal:

“Your removal would result in exceptional and extremely unusual hardship to your United States citizen or lawful permanent resident spouse, parent, or child, and you are deserving of a favorable exercise of discretion on your application.”

Clearly, making your case for cancellation of removal before an immigration judge can be a challenging task. Relying on an experienced immigration attorney is essential to presenting the best possible evidence for a positive outcome.

If you’re anywhere in Rhode Island, or nearby in the Boston, Massachusetts area, rely on the Law Office of Layne C. Savage to help you assemble the documents and evidence needed to press your case for cancellation of removal and to help you present your case before the judge