Understanding Evidence in an Immigration Trial 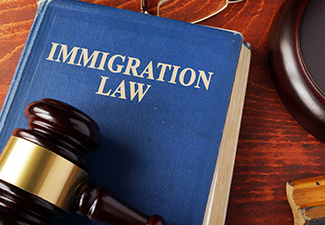 If you receive a Notice to Appear (NTA) for a removal (deportation) proceeding, the reasons can be varied, but generally, they relate to the fact that you are in an undocumented status, meaning you do not have conditional or permanent resident status, or that somehow you have violated your status to remain in the United States.

Other reasons can include immigration fraud, an unsuccessful asylum application, an aggravated felony conviction, a national security offense, and more. It is the Department of Homeland Security (DHS) that will make the determination whether to issue a Notice to Appear. The NTA will list the accusations against you and cite the immigration law under which you are deemed deportable.

If you do end up in a hearing before an Immigration Judge (IJ), the government will have its own attorneys there to press the case against you. Though it is a legal proceeding, the rules of evidence are not exactly the same as in a criminal trial, but the government lawyers are experienced and skilled in what they’re doing.

In short, you should not go it alone against such a formidable array of governmental prosecutors. You need to enlist the services of a knowledgeable immigration attorney to argue on your behalf and present relevant evidence. If you or a loved one has received an NTA in or around Providence, Rhode Island, or anywhere in the state, contact the Law Office of Layne C. Savage for a free consultation.

Attorney Layne C. Savage will help you assemble the evidence necessary to counter the removal proceeding and fight for your rights to remain in the U.S. She also proudly serves clients in and around Boston, Massachusetts.

Standards of Evidence in an Immigration Hearing

Immigration court proceedings are administrative hearings overseen by the Executive Office for Immigration Review (EOIR) and the Department of Justice (DOJ). Even though these are federal proceedings, the Federal Rules of Evidence do not strictly apply.

The Code of Federal Regulations (CFR) provides that an Immigration Judge "may receive in evidence any oral or written statement that is material and relevant to any issue in the case previously made by the respondent or any other person during any investigation, examination, hearing, or trial." Even hearsay is permissible but must be “probative and not fundamentally unfair.” Probative means to have a direct bearing on the case, for or against.

The burden of proof is outlined in the Immigration and Nationality Act (INA) and subsequent regulations. In a removal hearing, the Department of Homeland Security has the burden to prove deportability with clear and convincing evidence. The IJ’s ruling must then be based on “reasonable, substantial, and probative evidence.”

The first defense is to deny the allegations being made by the DHS and force their attorneys to present clear and convincing evidence. This is similar to pleading not guilty in a criminal trial and forcing the prosecution to prove their case against you. In an immigration hearing as in a criminal trial, your best defense, of course, is to rely on experienced legal counsel to represent you.

As in a trial, “what you say can and will be used against you” in an immigration hearing, as the sentence from the Miranda Warning aptly sums up matters. Therefore, it is essential to let your attorney present your case and guide you on how to answer any questions that may be directed at you.

If it is “more likely than not” that you will face torture by your home government if forced to return, you may be protected under the Convention Against Torture (CAT) act. You may also be able to win cancellation of removal under the Violence Against Women Act (VAWA). You must show that you have been “battered or subjected to extreme cruelty” by a “qualifying relative” and that you have been in the U.S. for three years and possess good moral character.

It might also be possible to argue for a family-based adjustment of status from nonimmigrant to legal immigrant if you have a family member who is a U.S. citizen. Usually, this argument applies only to those who entered the country legally, but some exceptions are possible.

If you have been in the U.S. physically for 10 years and can prove your removal would cause “extreme and unusual hardship” to a “qualifying relative” (usually a spouse, parent, or child who is a U.S. citizen), you can argue for obtaining a Green Card to achieve legal status.

Your attorney will help you find and prepare the evidence necessary to argue against removal and in favor of remaining in the United States in legal status. Documents proving residency may be necessary, and statements by relatives, employers, coworkers, and friends may be important as well. Depending on the type of defense you are pursuing, a different mix of evidence may be necessary.

As Abraham Lincoln once observed: “He who represents himself has a fool for a client.” In other words, if you try to face the government’s attorneys alone, you’re going to be up against long odds in winning your case to remain in the U.S. They will no doubt use every tactic they have to get you to say something that substantiates or proves their case against you. You really need an experienced immigration attorney at your side.

If you or a loved one receives a Notice to Appear, call the Law Office of Layne C. Savage immediately. She will examine the accusations against you and formulate an aggressive plan to defend your rights in the upcoming immigration hearing. Her firm proudly represents clients throughout Rhode Island and in the Greater Boston Area.