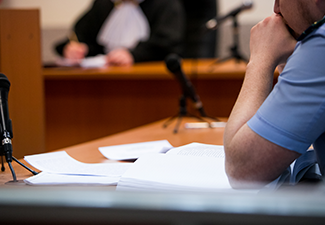 Facing charges for simple assault should not be taken lightly, regardless of whether the accusations against you are false or not. Many people who face false criminal accusations believe that they will not be found guilty just because they are innocent. Unfortunately, that is not true, which is why thousands of innocent people are convicted of crimes they did not commit.

If you are falsely accused of simple assault – or any other criminal offense, for that matter – you must take action to protect yourself, your freedom, and your reputation. The criminal defense attorney at Law Office of Layne C. Savage can help you fight back against the false allegations and strive to ensure that your innocence is established. From her office in Providence, Rhode Island, Layne C. Savage, Attorney at Law, represents people accused of simple assault and other crimes in communities throughout the state. The law firm also serves individuals and their loved ones in Boston, Massachusetts, and surrounding areas.

Rhode Island and Massachusetts use slightly different definitions for “assault.” In Rhode Island, you can face assault charges for either attempting or threatening to use physical force against another person or using force that does not result in serious bodily harm. Common examples of assault may include slapping, pushing, spitting, kicking, or punching.

In Massachusetts, assault charges apply when a person is attempting to use physical force or has the intent to use force against another person. Thus, you can be accused of assault even if there is no physical contact. For example, if you throw a punch but miss, you could face assault charges.

Depending on the circumstances of the offense, simple assault charges in Rhode Island and Massachusetts could result in time behind bars, a fine, or both.

Situations in Which You Can Be Falsely Accused

If you are falsely accused of simple assault but did not commit the crime, contact a skilled criminal defense attorney to protect you, your freedom, and your reputation.

When facing false accusations, there are a few steps you should take before it becomes too late to prove your innocence:

Taking the above-mentioned steps could make a tremendous difference in the outcome of your case. Even though it might feel that proving that the accusations against you are false will be easy, it never actually is.

There may be other possible defenses, depending on the circumstances of your case. Working with an experienced and results-driven criminal defense attorney can help you achieve the best possible outcome in your case when falsely accused of simple assault.

Seeking legal counsel is the single best step you can take when facing false criminal accusations. Even though the allegations against you are not true does not mean proving your innocence will be easy. Contact a criminal defense attorney at Law Office of Layne C. Savage and schedule a free consultation to get legal advocacy you can trust.