Charges of assault and battery in Rhode Island can come with some serious consequences, especially if there are any sort of enhancements to the core charges, or if the defendant has a criminal history. When you are working with the Law Office of Layne C. Savage, you can be confident that you have a criminal defense attorney who is familiar with the Providence courts, the Rhode Island justice system, and the best options to maximize your chances of a fair outcome at the end of your trial.

Read more below to learn a bit about assault and battery charges and the incidents that they may stem from, and contact us now to speak with an experienced legal professional about partnering with you through your case. Our top priority is to ensure that your rights are protected as we fight for the best possible outcome, like to have your charges overturned or reduced.

Each case that we take is unique, and we understand that your case will require a special approach to make sure that the judge (and jury, if it goes to trial) understand all of the details and that we know all of the options that we can seek in order to mount an aggressive defense.

What Are Assault and Battery?

By definition, Assault and Battery are two separate charges, but in Rhode Island, it is charged together as one charge or count. However, it is important to understand the distinction between the two to fully understand the allegations against you.

Assault is an action that someone takes to instill fear of injury in another person and does not require any physical injury along with the fear of injury. For a prosecution to prove that an assault occurred in R.I., they only need to prove that the victim was in fear of being physically injured through force or violence.

Battery occurs when a victim is touched in a way that is offensive or causes injury. Proof of a battery does not require that a physical injury occurred, only that the physical contact was unwanted or without consent. This covers a wide variety of actions, like the aggressor grabbing the victim’s arm, punching someone, etc. An assault is often called an attempted or uncompleted battery.

Building a Defense Against Assault and Battery Charges

To mount a strong defense against your charges of assault and battery in Providence, we will need to begin our preparation as soon as possible! To get started, you must contact us NOW and request an initial consultation today. From there, we will be able to get a better understanding of the entire situation and will be able to have a cohesive plan when we make our first appearance together in court, and in moving forward with your case. 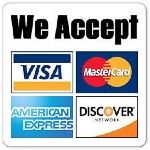